Our Vision:
Blair’s Sanctuary is a “garden” for women Veterans to grow in Serenity, Acceptance and Peace: to raise organic and healthy food for our community, while offering a safe place of Serenity for women. Where everyone is Accepted without judgment and participating in an environment of peace and harmony.

Garden is a partnership of the Washington Department of Veteran Affairs and the Making a Difference Foundation. This garden aims to provide a therapeutic and collaborative community environment for female veterans to learn about sustainable crop management and growing food organically, and provide fresh fruits and vegetables to the community through the Eloise Cooking Pot Food Bank. 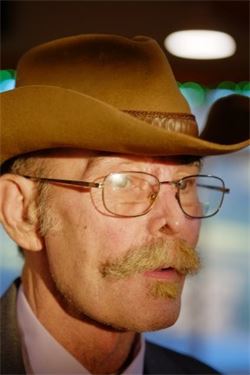 About Blair:
Blair grew up on the Olympic Peninsula and decided as a young man to serve the country where he was raised. He joined the US Army during the Vietnam War and between two tours of duty became a US citizen. Once he returned to his home town, he took up timber busheling (which is logging before all of the mechanized equipment that is used today).

Unfortunately, he found he had acquired symptoms of emotional trauma that are often associated with war experiences. ‘There are good times and bad,’ he would say. It took a fair number of years, but he did learn how to enjoy life in the company of emotional trauma.

After two and a half decades of work in the timber industry and more than a few injuries, he decided once again to serve the country he had adopted. He went to the American Lake VA Hospital volunteer office to help move the mail. On the days he was not volunteering, he worked on the grounds with other veterans as a caretaker. You might think these were humble tasks and that would be true enough, but they turned out to be some of Blair’s greatest gifts to his country. For the wisdom he had gained over the years about how to live with the psychological effects of war was now being shared with all the folks he came into contact with; veterans, fellow volunteers and staff.

For twelve years, he became a mentor to the veterans returning from every conflict since the Gulf War. He passed out uncountable cookies, cards, handshakes and hugs. And he cared for all unconditionally. One could see his cheer and kindness of heart light up in the faces of those he met as he went about his day. This is what Blair’s Sanctuary Garden is about – a growing space for Blair’s ability to spread kindness of heart, healing, peace and acceptance.