Happiest of Holidays to All

For most places, November kicks off the holiday season with Thanksgiving and runs through Christmas and New Year’s Day, ending with the start of our new calendar cycle.

For many in the United States and cross the world, they come from Christian beliefs and it is common to celebrate Christmas. In the US, about 70% of population identifies as Christian. Yet, the country is a melting pot of different races, cultures, and belief systems, so all celebrations at this time of the year should be recognized and honored.

Recognizing and acknowledging the diversity in faith and cultures seen across our local communities here in the Puget Sound, we want to say, “Happy Holidays,” to those who may celebrate a little bit differently than the traditional holiday.

Here are ten holidays celebrated beyond Christmas and the meaning of each.

Known as the Jewish festival of lights, Hanukkah is a celebration of eight nights that marks the rededication of the Second Temple in Jerusalem during the Maccabean Revolt. This holiday begins on the 25th of Kislev of the Hebrew calendar, typically occurring in very late November or during December. Hanukkah festivities include meals with traditional foods, the lighting of the menorah with eight candles, and eight nights of games and gifts.

Kwanzaa is a week-long, inter-faith holiday that celebrates African culture and community. Activities are focused around Nguzo Saba (The Seven Principles) which celebrates traits such as collective work, creativity, and purpose. For those that recognize this holiday, communities join together with feasts, music, dance, and a continued commitment to cultural values. It is observed from December 26 to January 1.

Diwali, also known as the Festival of Lights, is a Hindu holiday widely celebrated throughout India. Following the Hindu calendar, it takes place across five days on the 15th day of the month of Kartik (falling in October or November of the western calendar). To celebrate, those who observe this holiday light clay lamps which are said to represent the destruction of anything negative in one’s life, as well as celebrate the goddess Lakshmi, who is claimed to bring wealth and good fortune.

Las Posadas is a Christian Mexican holiday that is celebrated between December 16 and December 24. It honors Mary and Joseph and their nine day journey from Nazareth to Bethlehem to give birth to Jesus. The celebration varies from big fancy parties or casual neighborhood gatherings to small get-togethers among friends. Often the festivities begin with a short religious service which includes a Bible reading and prayer, with a different quality (humility, strength, detachment, charity, trust, justice, purity, joy, and generosity) being meditated upon. After the service, hosts distribute food to their guests, guests break piñatas, and the children are given candy. This is now a widely-celebrated tradition throughout Latin America as well as into US Hispanic communities.

Feast Day of Our Lady of Guadalupe

Primarily a Catholic holiday that falls on December 12, it is celebrated by Mexicans and Americans of Mexican descent. It honors the reported appearance of the Virgin Mary in Mexico City.

A solstice is “an event in which a planet’s poles are most extremely inclined toward or away from the star it orbits,” according to the definition given by National Geographic Society. Pagans and Wicca believers often celebrate such an event through Yule, where they also honor “the winter-born king, symbolized by the rebirth of the sun.” It is also celebrated by some Native Americans and Aboriginals in other parts of the world.

Rohatsu is a Buddhist celebration that highlights the date Buddha achieved spiritual enlightenment. Falling on January 10th in 2022, it’s celebrated through meditation and is similar to how Christmas is celebrated by Christians in Jesus Christ’s honor.

Omisoka, much like the western version our New Year’s, is celebrated on December 31 and is considered one of the most important holidays in Japanese culture, falling second only to January 1 (Shogatsu or Japanese New Year’s Day). Closing out an old year and bringing in a new one, Japanese people host Bonenkai parties which are intended to help forget about the past year, write cards to friends and family, and send gifts.

Celebrated in Sweden, Norway, Swedish-speaking parts of Finland, and parts of Italy, St. Lucia’s Day, another Christian holiday, takes place on December 13 to honor St. Lucia who was an early Christian martyr killed by the Romans in 304 A.D. This holiday is celebrated by a festival which includes the selection of a girl representing St. Lucia, who walks at the head of a procession through the town singing traditional songs.

While much of the globe rings in a new calendar year on January 1, the Chinese New Year falls between January 21 and February 20, with it landing on February 1 in 2022. Also known as Spring Festival, it commemorates the start of the lunar new year and is considered one of China’s most important celebrations. Each year is named after one of the twelve animals of the Chinese zodiac. The celebrations typically include fireworks, parades, and performances with the holiday coming to a close with a lantern festival.

At Making A Difference Foundation, we see and serve people from all walks of life, from all cultures, races, nationalities, and faiths. And we believe firmly in diversity and inclusion in everything we do. So, from our family to yours, Happy Holidays and may this season bring you and those you care for love, joy, abundance, and peace. 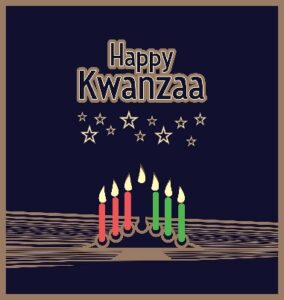 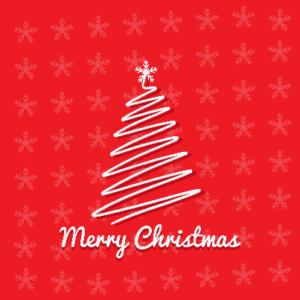 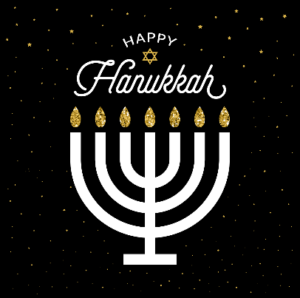