In Remembrance of ALL Who Served 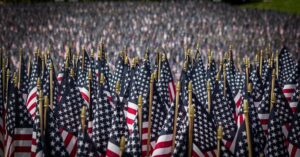 In Remembrance of ALL Who Served

As the unofficial kick-off of summer, Memorial Day is the time when most people start thinking about camping, picnics, longer days, and hot, lazy evenings.

But it is important to remember the reasons we have the freedom to enjoy such things.

Memorial Day, not to be confused with Veteran’s Day honoring those who served in the armed forces and are still alive today, is the day to remember all those brave men and women who laid down their own lives for our country so we could all have the freedoms we currently enjoy.

While all lives lost during U.S. conflicts and wars are important, Making A Difference Foundation would like to remember the many, many soldiers this Memorial Day who gave the ultimate sacrifice yet rarely get the recognition they deserve throughout our history.

Black soldiers and soldiers of color.

They fought – and died for – the everyday freedoms that we enjoy as a free and democratic society, yet many within this demographic didn’t, and still don’t, have the equity that was fought for.

While African Americans couldn’t officially serve in the U.S. military until 1863 during the Civil War, they did serve in every war or conflict from the Revolutionary War to the most recent Iraq War.

And while casualty data prior to World War I is incomplete, the tracking by race is even more sparce. But here are some key facts to remember this Memorial Day provided by The American Legion, with statistics from the 2016 American Community Survey, Statista, the Congressional Research Service, the National WWII Museum and the U.S. Army since that time:

Black men and women alike have helped shape the country in so many ways and they certainly deserve honor, recognition, and remembrance for all they gave and continue to give, even when for so long they did not get the equal freedoms they died for.

To learn more about the interesting history of these soldiers and about Blacks in the military, check out these links:

“Those who have long enjoyed such privileges as we enjoy forget in time that men have died to win them.” – Franklin D. Roosevelt