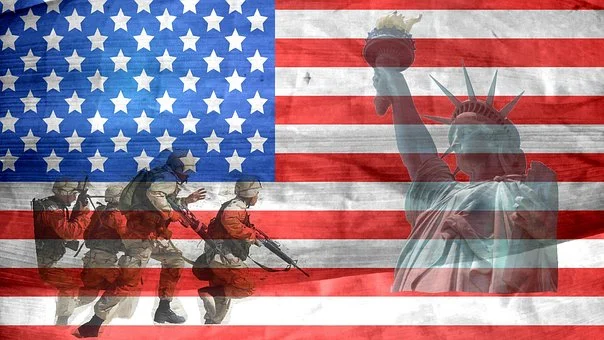 The United States has been called many things.

Land of the free, because of the brave.

Home of the brave.

The land of opportunity.

But regardless of what past motto or adjective has been used, how would you characterize America?

Many of late seem to have turned on the idea of this country being the greatest country on Earth. There has been expressed pessimism or outright dislike by many of its own citizens.

Patriotism seems on the decline, almost as if it is a bad thing to love your country and where you come from. Modern society seems to reinforce the U.S.’s negative history and would say the imperfections are stronger than what is good and right.

While America does have a lot of negative history and it is by no means perfect, we can learn and grow from that history. In fact, we have grown a lot in the last 245 years since the founding fathers signed the declaration of independence.

Too many countries across the world can’t claim that, in the past or present.

And millions of people are striving to become a part of the United States because of that very freedom. They are risking their lives, the lives of their children and families, and facing unspeakable hardships as they make the journey to hopefully make a better life and enjoy the liberties so many take for granted.

So, as the nation’s birthday fast approaches, it’s important to ask yourself, what does America, or being an American, mean to you?

Is it something to be proud of, to be celebrated, even with all its faults?

Enjoy the birthday party… because you can!