Is It Columbus Day or Indigenous People’s Day? And Why So Much Controversy Over the Two? 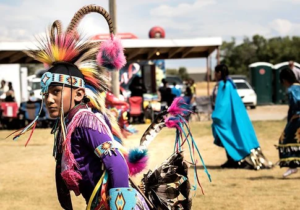 While still widely known as Columbus Day, the second Monday of every October is now also known as Indigenous People’s Day. So which is right and can we accept both?

Columbus Day was originally started in the late 19th century as a movement in honor of Italian-American heritage at a time when Italian immigrants faced widespread persecution. But in the more recent past, the holiday has been called into question with the belief that Christopher Columbus, the “discoverer” and colonizer of North America, brought in the oppression and even decimation of the Natives who first lived here.

Certainly not to discount the role that the Italian immigrants had in shaping our nation today, the fact is Native Americans played an even more pivotal role in the survival and success of this country. Many of the people who first colonized this land wouldn’t have survived if it hadn’t been for the initial friendship, trust, and knowledge the Natives possessed and showed to them; only to be paid back in the taking of their lands, forced relocation, rape, slavery, and slaughter.

Certainly for many, especially the Native Americans, Columbus Day is nothing to be celebrated. Thus started Indigenous People’s Day to acknowledge the horrendous wrongs that were done because of Columbus’ arrival and to celebrate the culture and history of those people and cultures affected. It was also a way to start changing the narrative of history – not the washed out history, but a much more factual account of what really happened.

While scholars and historians can only estimate how many Native Americans (and the numbers vary greatly) actually lived and inhabited these lands before colonization, it’s reported that it was around 10 million. Once colonization took place, well over half of that population was wiped out due to disease, alcohol, guns, and violence/war. Kidnapping, forced assimilation, enslavement, rape, and sexual abuse of Native people, including children, all were also contributing factors.

And yet, still today, there continue to be many social injustices and racial issues faced by the Native population.

Many people probably don’t know some of these facts:

By changing the holiday and celebrating Indigenous People’s Day, it helps us recognize how we need to let go of the old narrative surrounding the history so many of us have been taught for years about the settling of this land and the start of our country. We also can understand that while we are not responsible for the sins of our forefathers, it is important to now outwardly acknowledge that what we were taught was not an accurate or true representation of what really happened. And to recognize and admit that while we can’t change the actual history or what happened, we can start to do a whole lot better for these people in the present.

And maybe then, the Native Americans and our country, as a whole, can start to truly heal from the atrocities committed. 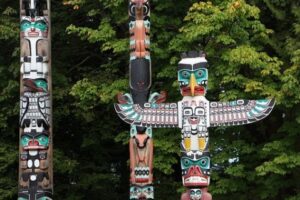